Spot debt settlement scams so you can be sure that you are settling your debt the right way. 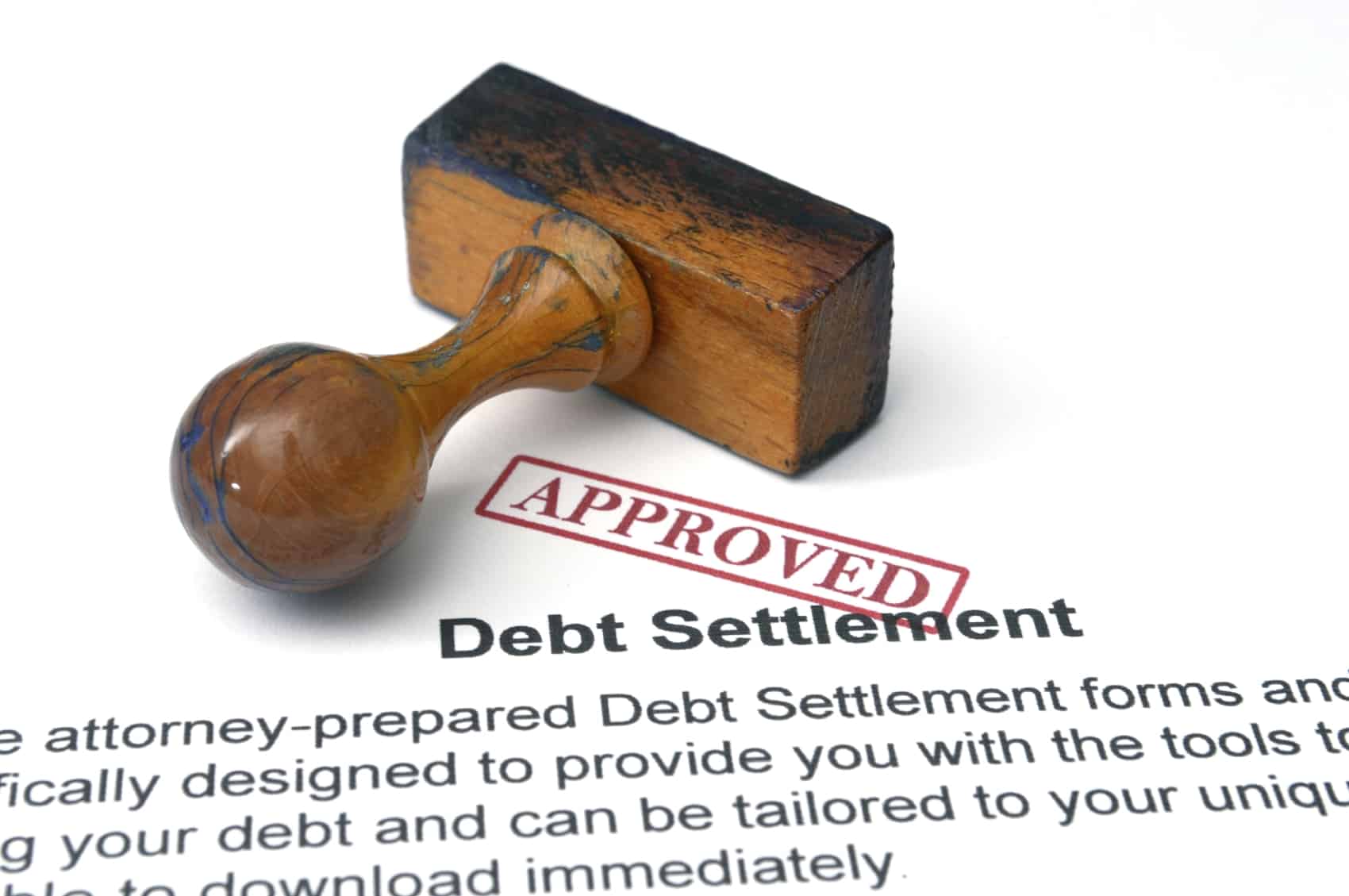 Being in debt means you are already vulnerable. Your finances and your emotions are suffering, and you just want out of the whole ordeal. Unfortunately, there are debt settlement scammers who will prey on you when you’re in this state. Outsmart them by reading up on their shady tactics and learning how to verify a debt settlement company’s intentions.

If you just pay a little bit up front, all of your debt will be settled and taken care of. At least that’s what they want you to think. Here’s what scammers will say to sound like they’re the real deal for debt relief:

“Pennies on the dollar”

Scammers claim to be able to negotiate your debt down to ridiculously low amounts. Though we all wish that were possible, it’s not. Most debt settlement agreements come out to about half of the original amount owed. So, it’s really more like quarters on the dollar.

If there were really a brand new government program for debt settlement, wouldn’t that be bigger news? Scammers say this in an attempt to get you to believe that they have some inside info that no one else has jumped on yet. They think that by relating it to the government, you’ll think it has to be legit. Don’t be fooled!

There are no government programs to get you out of credit card debt. There is, however, a government relief program for tax debt known as IRS Fresh Start. That is real.

“Make your unsecured debt go away”

Your unsecured debt can’t just “go away,” and the scammers know that. This is a blatant exaggeration to get you interested in their service.

“Stop communicating with your creditors”

This is a big red flag. When someone tells you to stop talking to your creditors and doesn’t explain what could happen if you do, they don’t have your best interest in mind. And if they advise you to stop paying your creditors, then they’re breaking the law outright.

“We can stop all collection calls and lawsuits”

Nope, they probably can’t. This is another instance of an exaggeration that’s just meant to tempt you into signing up for (and putting money down on) their service.

Anything on a robocall

More than likely, you’ve already picked up a few robocalls here and there offering to help you get rid of your debt. If it sounds like a robot, don’t trust it. Plain and simple.

Making sure a debt settlement company is legit

Knowing what to avoid is one thing, but it’s also important to ensure that your debt settlement company of choice is the real deal.

After ensuring that the settlement company you’re considering isn’t using one of those big lies we mentioned, it’s time to dig a little deeper. Check consumer review sites and look through testimonials from other consumers to get an idea of a company’s reputation. You should also see if the company is rated by the Better Business Bureau (BBB) or if they’re a member of an industry association, such as the American Fair Credit Council.

Debt settlement will reduce what you owe, but not by a huge margin. Scammers will claim this is possible, but know that the average negotiation ends with the settler paying 48% of what they owed. That’s still significant cost savings as you work to get out of debt, but just make sure you have the right expectations.

You also have to be realistic when it comes to the consequences of debt settlement. It may not sound good when the settlement company tells you that the process could hurt your credit, but this doesn’t mean they are trying to trick you. Since settlement means paying less than you owe, it’s logical that your credit score could go down because you seem riskier to lenders.

Each debt you settle with result in a negative item on your credit report that will stick around for seven years from the date the debt first became delinquent. 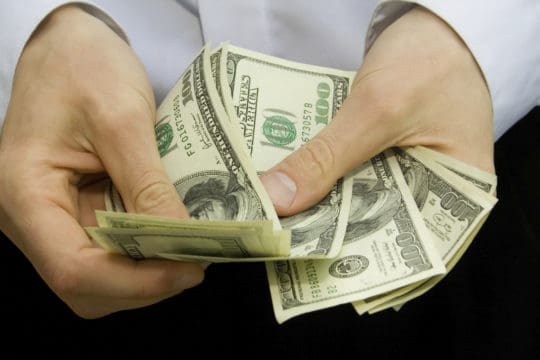 The bottom line is if they’re asking for a large upfront fee, they’re not trustworthy. No legitimate debt settlement company will take your money before you begin the settlement process, and if they do, they will likely take it and run.

What is the advance fee ban?

In 2010 the Federal Trade Commission (FTC) established a new rule to stop deceptive and abusive debt settlement tactics. The advance fee ban prohibits settlement companies from charging any fees until the company successfully settles at least one of your debts.[1]

There’s more out there than debt settlement

Although scammers can make it sound like debt settlement is the best option for you, it’s essential to research other methods of debt relief before deciding which one to use. You need to know what debt settlement really means and how it compares to debt management programs and debt consolidation loans.

While debt settlement helps you pay back only part of what you owe, debt management programs assist you in paying back all of your accounts. This form of debt relief is better for your credit score, but it usually takes longer and costs more.

It is possible to settle your debts yourself by speaking with your lenders directly. Call your credit card companies, loan companies, and any other company you owe to negotiate a settlement. This is a difficult process that takes time. It’s also possible to make even more of a financial mess than you started with. Some things are best left to the professionals.

Get a free evaluation to find the best solution for your budget and goals.

I fell for a debt settlement scam. What now?

If you think you’ve spotted a scam, the first thing you should do is report it to the Federal Trade Commission. This is a simple process that starts with their website specifically for filing a complaint. Keep up with the latest scam alerts on the FTC’s Scams page.

Next, you need to alert your state Attorney General’s office. Since debt settlement laws are highly regulated by each individual state, this is the best place to go to learn what your next steps should be. Additionally, if you aren’t the only person to be scammed by the company you’re reporting, the office may start a class action lawsuit.

You also have the option to sue the company that scammed you, but this can be messy and expensive. The best action to take is preventative action. Know the signs so you can catch a debt settlement scam before it affects you.

How to Negotiate Debt Settlement on Your Own

How Long Will Debt Settlement Stay on My Credit Report? 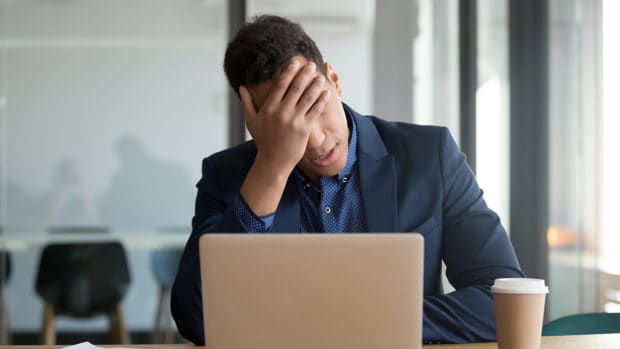 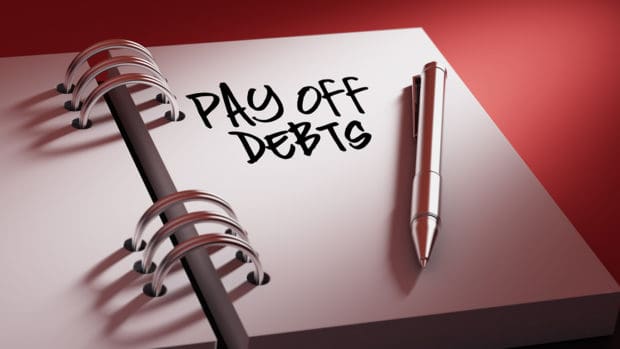 7 Things to Get in Writing When You Settle a Debt 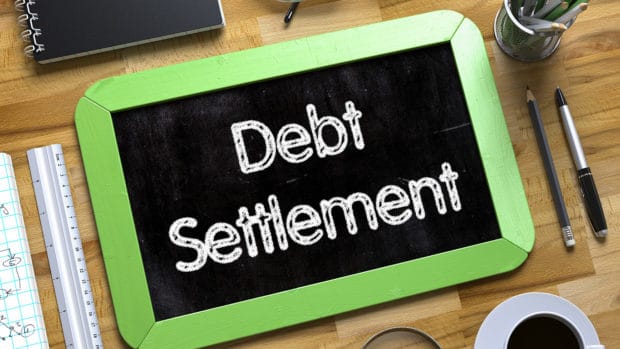