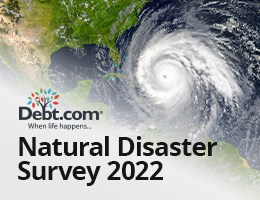 1 in 4 are spending more than $200 on natural disaster preparedness this year.

A new Debt.com poll shows that Americans fear more natural disasters are on the horizon. They’re trying to prep for the storm clouds ahead, but inflation is forcing them to empty their pockets in the process.

Of the hundreds of people Debt.com surveyed, 7 in 10 said they’re spending more “to prepare for a weather event this year.”

Over half of respondents spend anywhere between $50 and $300 on items like food, water, and batteries. After months of record-high inflation rates, however, a quarter say they’ll have to spend at least another $200.

“In response to this increase in awareness Americans are emptying their pockets as they prepare for the worst,” says Howard Dvorkin, CPA and chairperson of Debt.com. “Not only are they worried more about superstorms on the horizon, but inflation has made it more expensive to prepare.”

When disaster does strike, Americans are left financially unprepared. Most households don’t have $1,000 in emergency savings. Unfortunately, more than 3 in 10 survey respondents had to take on over $300 worth of credit card debt to recover after a natural disaster.

Of those who used their credit cards:

Below are the biggest takeaways from this year’s poll…

Have you used credit cards to recover from a natural disaster? 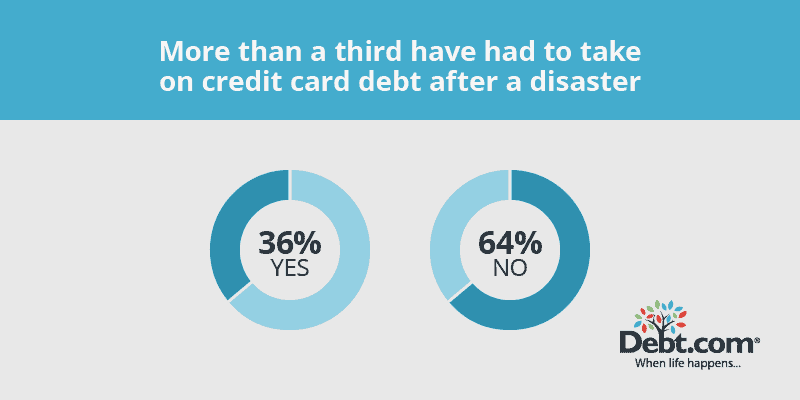 How much credit card debt did you take on from that natural disaster? 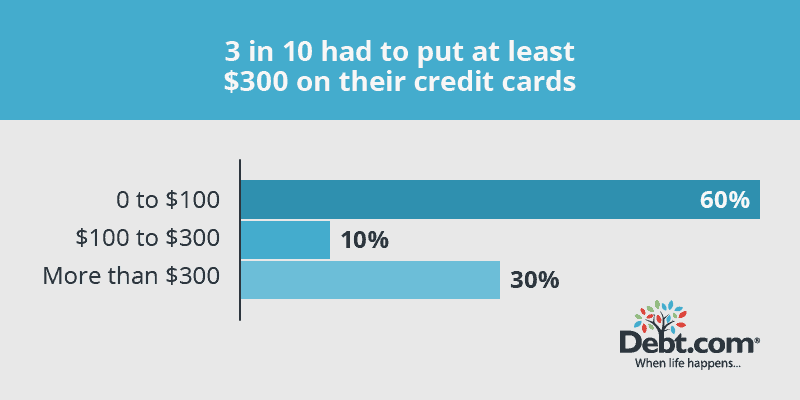 Do you think you’ll spend more money to prepare for a weather event this year due to inflation? 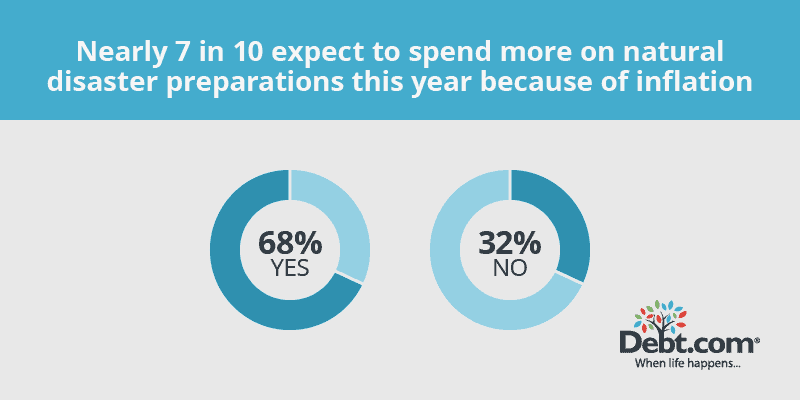 How much more do you think you’ll spend? 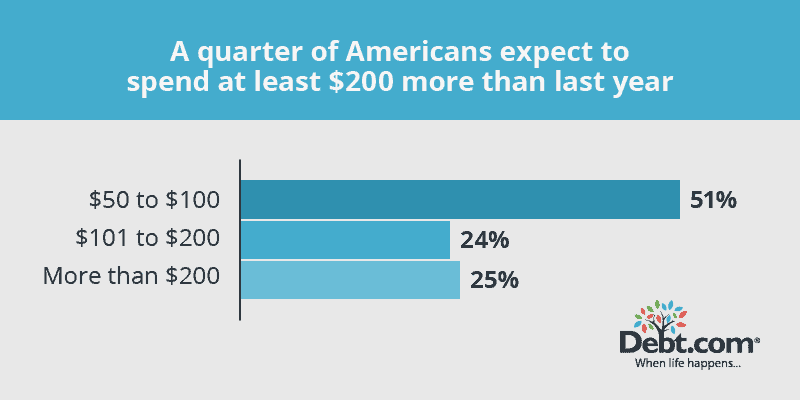 Do you expect the United States will be hit with more natural disasters over the next five years? 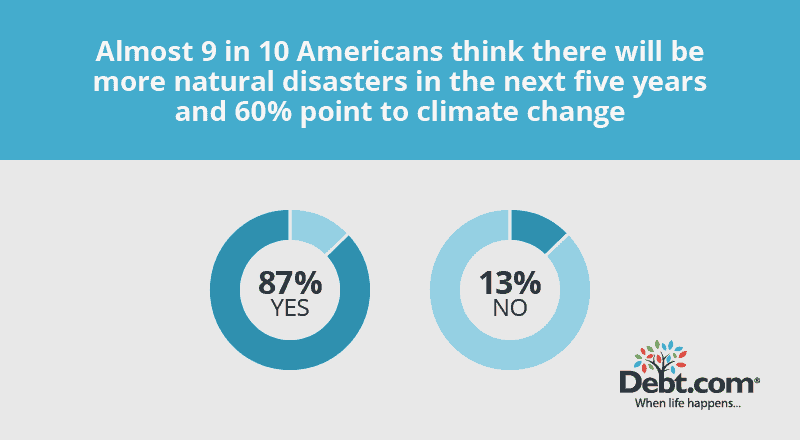 A new survey shows the pandemic has raised security concerns – and not just from health scares.

About a third of Americans will spend more to prepare for natural disasters this year than last, and they cite COVID-19 as the reason.

Debt.com’s Natural Disaster Survey not only revealed that Americans will be spending more money, they’ll also be paying more attention. More than 35 percent said the pandemic has convinced them to “take government warnings more seriously” and “prepare much better than I have in the past.” Only 14 percent said, “The pandemic actually made me more doubtful of government warnings and suggestions for preparing for natural disasters.”

Those results were predictable, says Debt.com chairman Howard Dvorkin. How long they will persist is unknown.

“Even during the pandemic, we saw how Americans were changing their spending and saving habits, often for the better,” Dvorkin says. “Now we’re seeing how long that will last. At least in this one area, for this one year, it’s obvious: COVID-19 took such a terrible and sudden toll, no one wants to be caught unprepared again – for anything. We’ll see if that lesson sunk in deep enough for it to last into 2022.” 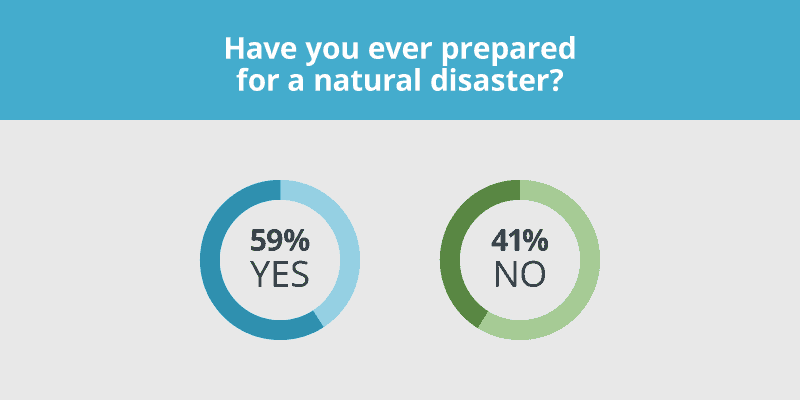 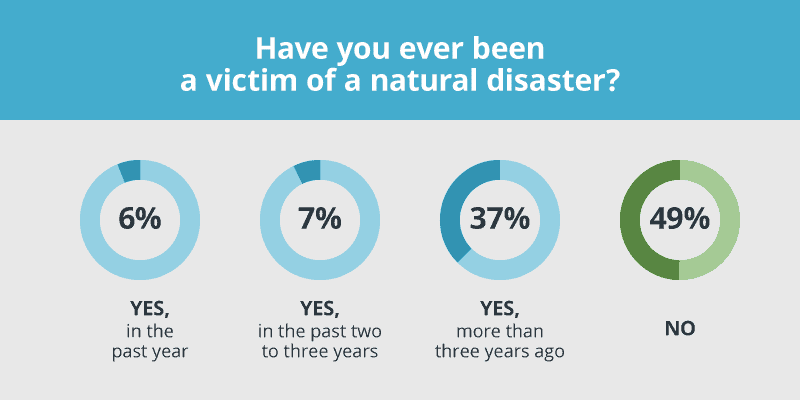 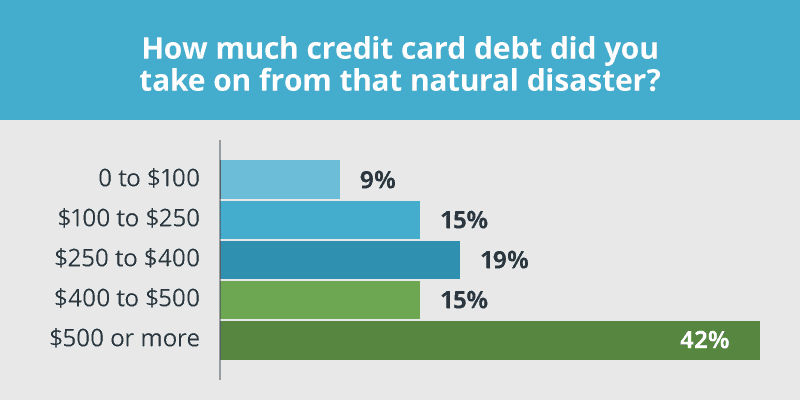 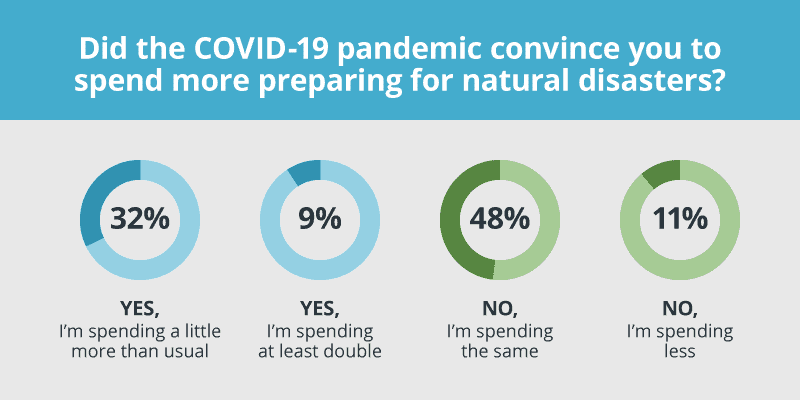 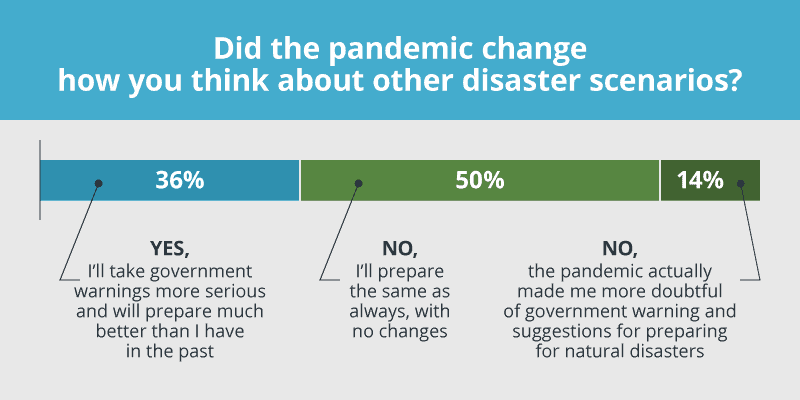 Methodology:  Debt.com surveyed 1,233 people and asked eight questions about their experiences planning for natural disasters, and whether it contributed to their debt. People responded from all 50 states and Washington, DC and were aged 18 and above. Responses were collected through SurveyMonkey. The survey was conducted from June 24, 2021, to July 12, 2021.

Methodology: Debt.com surveyed 536 adults and asked 10 questions about their experiences with natural disasters. People responded from all 50 states and Washington, DC, and were aged 18 and above. Responses were collected through SurveyMonkey. The survey was conducted on August 15, 2022.