Survey: Most Americans Say Credit Cards Cause Guilt and Stress 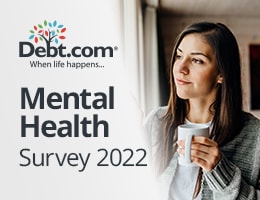 Debt.com polled more than 1,000 Americans on their mental health and money. Two-thirds admit to impulsively using their credit cards on purchases they later regret.

To support Mental Health Awareness Month, Debt.com asked Americans how their money affects them psychologically. Turns out, simply swiping a card can take a load off in the moment but lead to stress later on.

Nearly 3 in 4 survey respondents say the convenience of credit cards can negatively impact mental health. More than a third feel sad or guilty after using their cards, for 1 in 4 that means charging up to $5,000 in credit card debt when feeling stressed or sad.

“The convenience of credit cards cuts both ways,” says Don Silvestri, president of Debt.com. “More than ever, you don’t even need the piece of plastic to run up huge bills. Time was, ’shopping therapy’ required actually going to a store. Now you can do that from your phone in bed.”

“When you incur debts while you’re feeling terrible, it never makes you feel better,” Silvestri says. “It not only affects your mental health, but it can spread to your loved ones.”

Find the full survey results below… 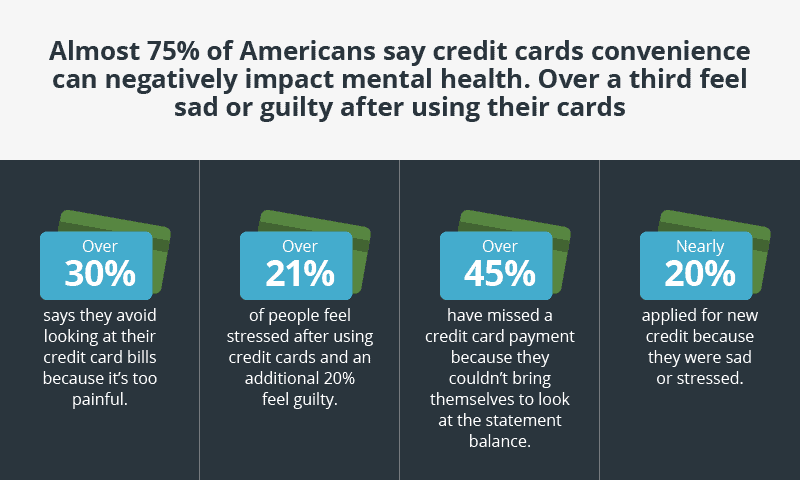 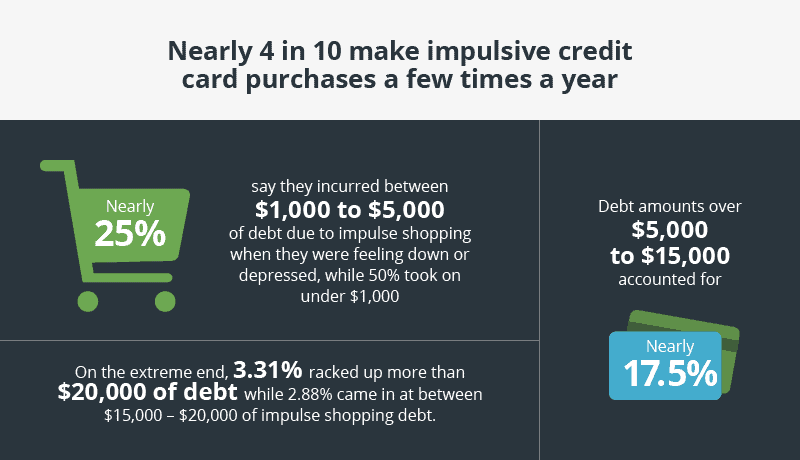 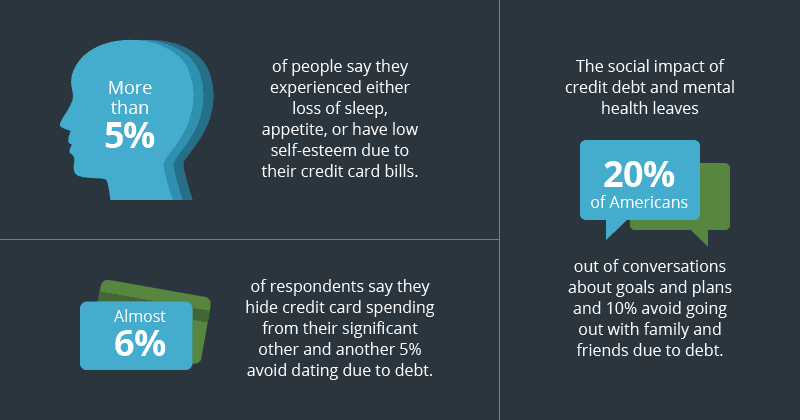 Methodology: Debt.com surveyed more than 1,000 Americans and asked nine questions about their credit card spending affects their mental health. People responded from all 50 states and Washington, DC and were aged 18 and above. Responses were collected through SurveyMonkey. Percentages were rounded up to the nearest whole number and might not total 100 percent.