Debt.com » Research » A Debt.com Analysis of the Lipstick Index & Survey Supports Predictions of a Continued Economic Downturn into 2023

A Debt.com Analysis of the Lipstick Index & Survey Supports Predictions of a Continued Economic Downturn into 2023 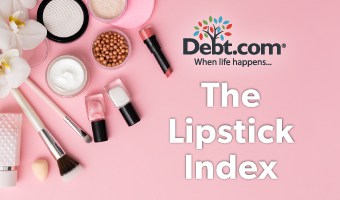 What is the Lipstick Index? The theory is, “when economic conditions worsen, beauty product sales get better.”

The nation’s largest provider of debt solutions decided to find out if a recent increase in makeup sales could be directly tied to today’s rocky economy. To do this, Debt.com compared the U.S. core inflation rate to the volume of Google searches for the terms “lipstick,” “lip gloss,” and “foundation.” To explore cosmetics spending during the holidays, Debt.com surveyed 1,000 cosmetics consumers.

The following chart shows the U.S. core inflation rate as it intersects with the volume of Google searches for the term “lipstick.” (click here to see the trends for the terms “lip gloss” and “foundation.” ) 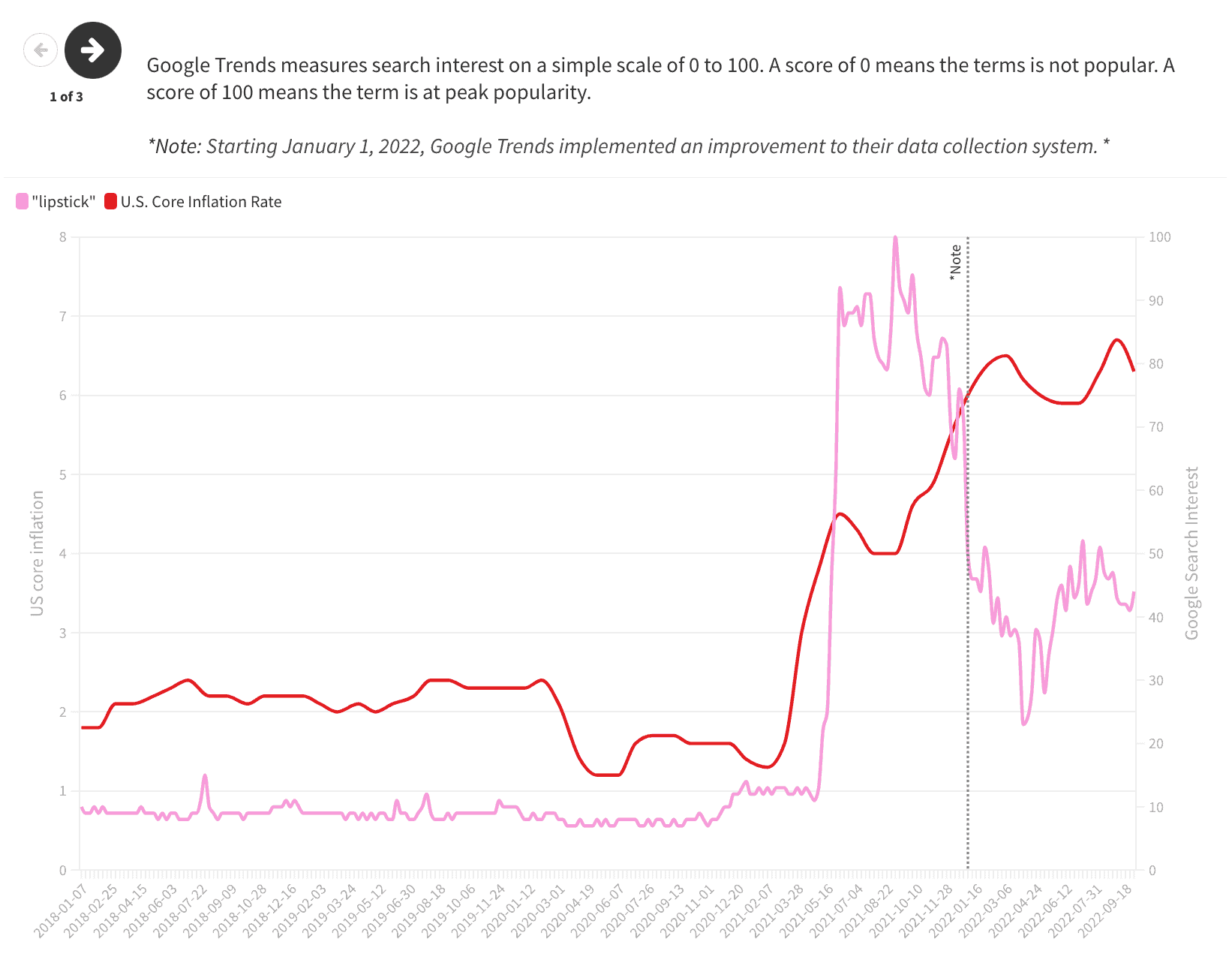 While Google searches don’t directly translate to consumer purchases, Google found that 92% of mobile searches lead to a related purchase. Moreover, the majority of search engine searches currently take place on mobile devices. Based on these facts, the chart above also represents an increase in cosmetics purchases as core inflation rises,—demonstrating the Lipstick Index in effect.

The U.S. luxury beauty industry generated $22 billion in revenue in 2021, growing 30% compared to the year prior. Debt.com created a timeline of beauty brand launches to investigate what companies might be cashing in on a rise in cosmetics sales. 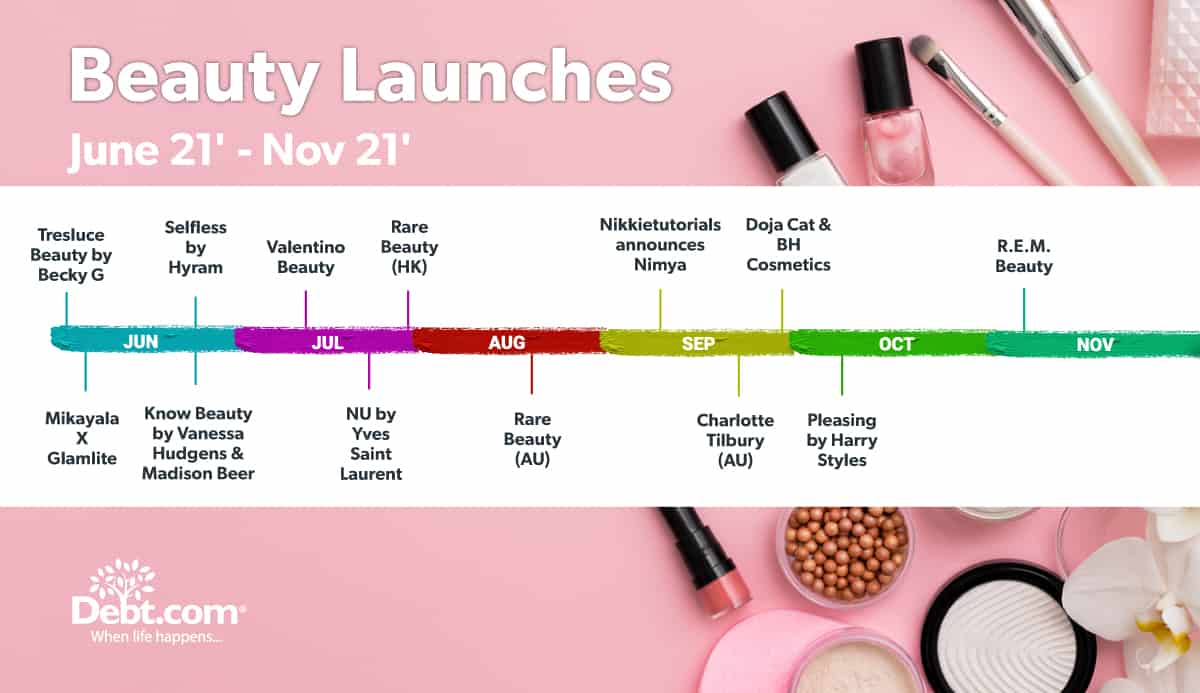 Despite inflation, one-third said they haven’t changed how they shop for cosmetics. In fact, 62% of respondents agreed that “lipstick products are an affordable way to treat [themselves] in times of high inflation.” The survey also found that people with credit card debt, as well as those spending the most monthly on cosmetics, were most likely to agree with this statement. 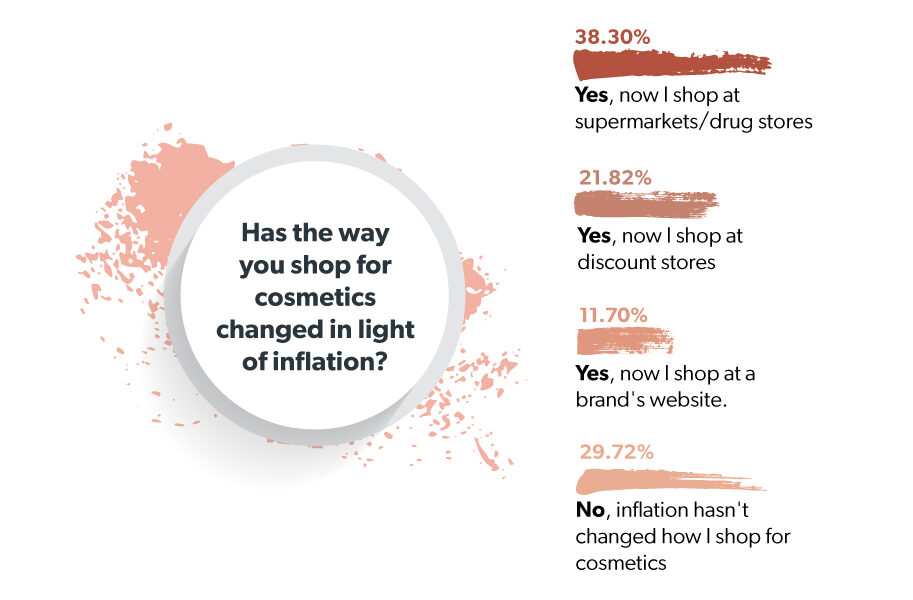 According to the survey’s findings, social pressure and social media are also associated with credit card debt and overspending on cosmetics. In fact, those in credit card debt were twice as likely to say they purchase cosmetics because of social pressure. In addition, those following beauty influencers on Instagram and TikTok were most likely to spend the most on cosmetics each month and carry a balance on their credit cards.

Looking forward to the holidays, 73% of respondents said they would be giving cosmetics as gifts. In fact, half had no plans to slow down on beauty gift-giving this year compared to last. On average, nearly 2 in 5 plan to spend over $300 on cosmetics gifts. About the same amount plan to finance their purchases with either Buy Now, Pay Later plans or credit cards.

“I know from firsthand experience that fast, flashy content, FOMO, and worrying about other people’s business can cause you a lot of heartbreak,” says Debt.com spokesperson and reality TV star, Vicki Gunvalson. “Unfortunately, it can also break your bank account. This holiday season, count your blessings before you cross items off your gift list. This will help you put the important things into perspective, like financial wellness.” 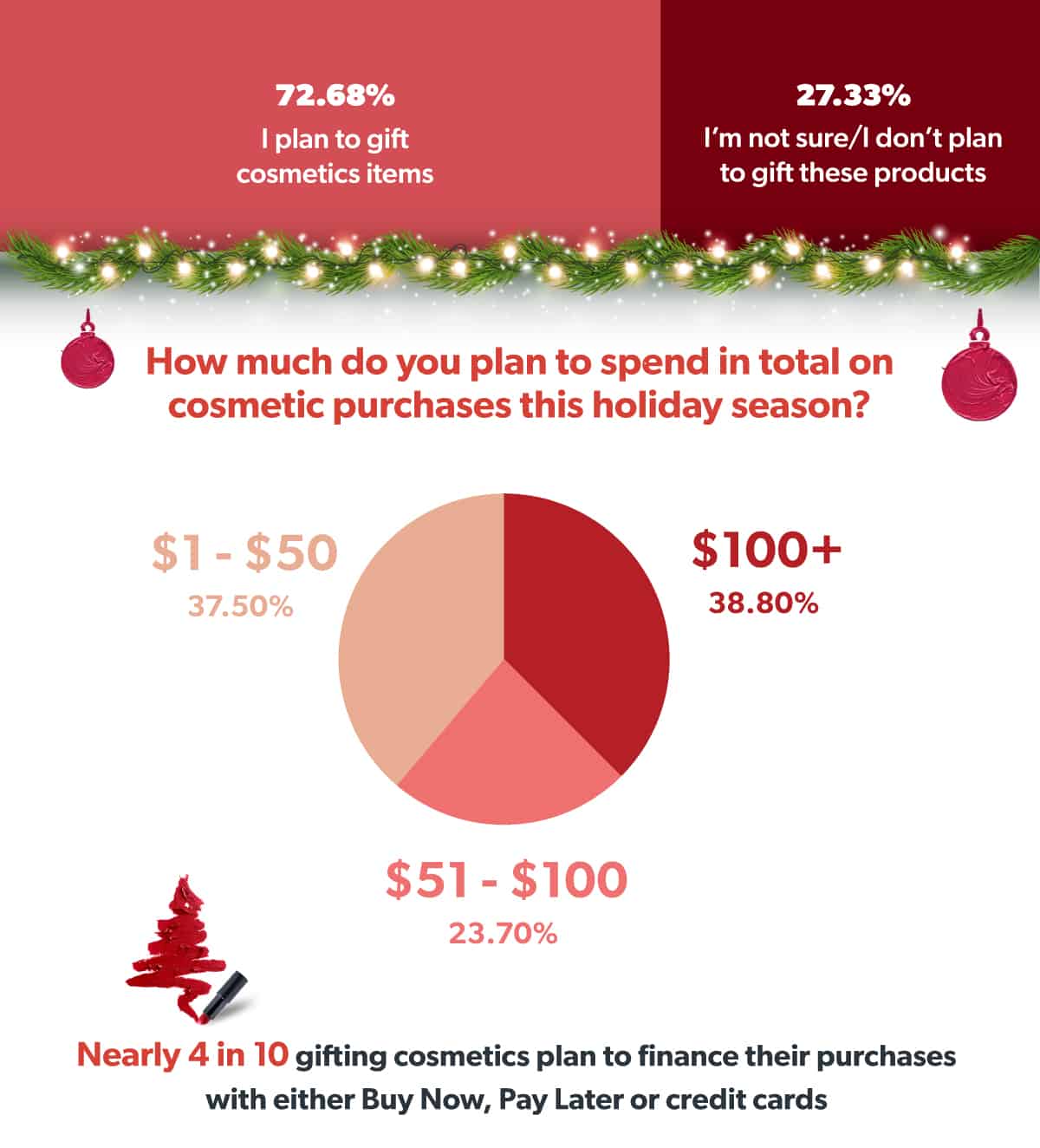 Background: In 2001, Leonard Lauder, then chairman of Estee Lauder Cosmetics, coined the “Lipstick Index” as a recession indicator. During this time, Lauder noticed he sold more cosmetics as the economy worsened. Lauder says women buy small luxuries, like lipstick, instead of bigger ones because they can afford less.

Conventional thinking is that a recession is two quarters of an economic downturn, but between economists and the government, there are different ways to identify a recession. The National Bureau of Economic Research’s business-cycle dating committee uses six official indicators—ranging from the mundane (like “personal income adjusted for inflation”) to the more obscure (like “nonfarm payroll”). To test Lauder’s theory, Debt.com decided to explore a more simple indicator: makeup sales.

Methodology: Debt.com collected Google Trends data for the terms “lipstick,” “lip gloss,” and “foundation,” in the United States, on September 14th, 2022. The period for the collected data was set from January 2018 to October 2022. Starting January 1, 2022, Google Trends implemented an improvement to their data collection system.  The U.S. core inflation rate was calculated using core CPI numbers from bls.gov. Research for brand launches during the period of June 2021 to November 2021 was conducted using Google News. Debt.com also conducted a survey of 1,000 U.S. adults that have purchased cosmetics products in the past 12 months using Pollfish. This survey was conducted on Oct. 4 2022.