Debt.com » News » How to Find a Job After College

How to Find a Job After College

These tips can help you even if you didn't graduate. 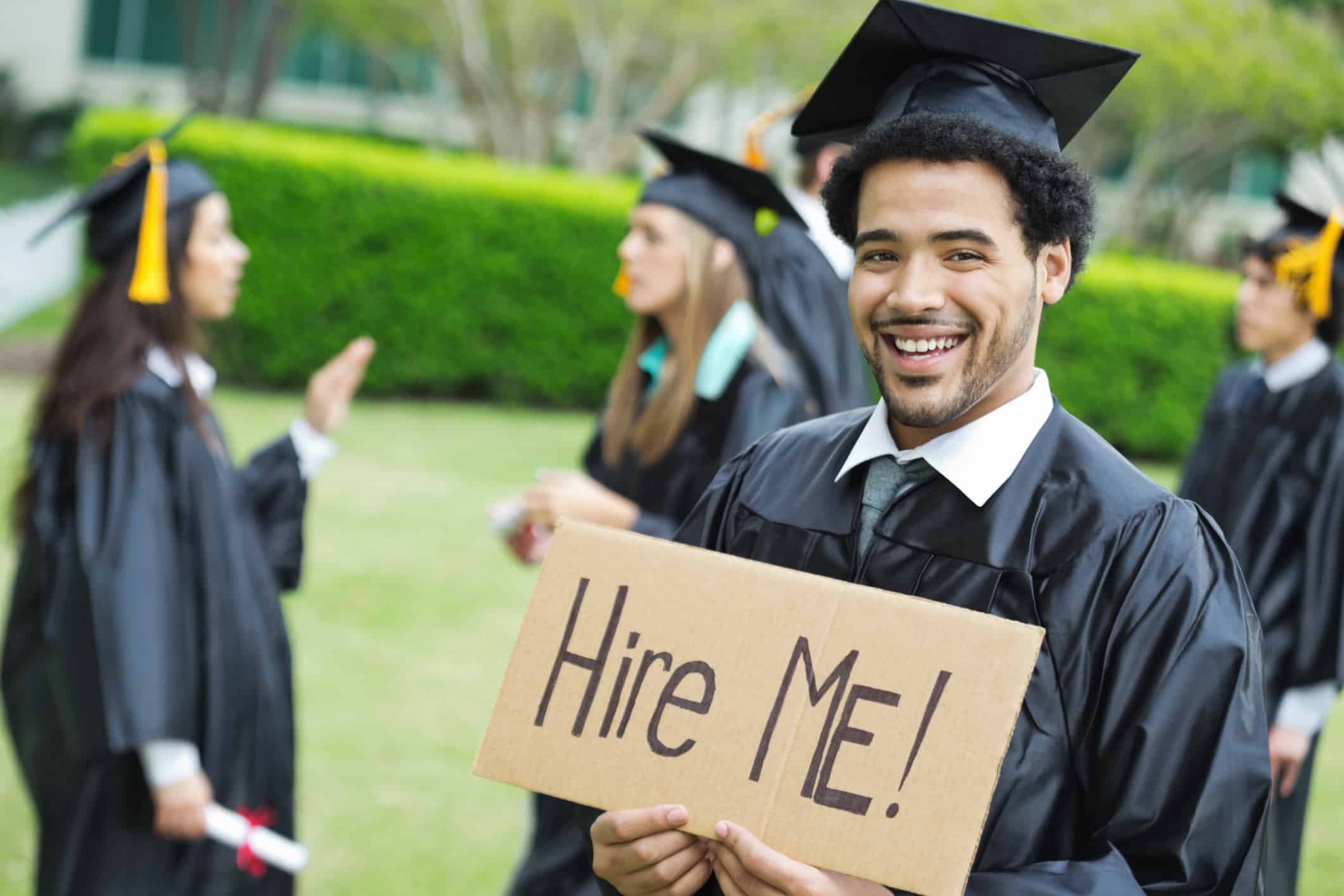 These tips can help you even if you didn't graduate.

A college degree can increase your chances of finding a job, but in most cases, it isn’t your be-all and end-all.

More employers are looking for “soft skills” than they are college degrees, according to a recent study from Inside Higher Ed.[1] The skills that employers deemed most important were “listening skills, attention to detail, and effective communication.”

But if you don’t have a degree, work experience can give you a competitive edge. And what’s better: 34 percent of employers don’t even think a college degree prepares students for real jobs.

That’s good news for people who haven’t earned a degree – and a wake-up call for those who have. Employers aren’t just looking for great grades, they want to know you’ve gained valuable experience and can do more than just pass a test.

In 2018, 80 percent of employers said they planned on hiring a college graduate within the year, says a study from CareerBuilder.[2] That’s up from 74 percent from the previous year.[3]

Preparing to land a job straight out of school is important for college students when looking at the costs of education. Many students are caught off guard by how pricey higher education is.

More than half of undergraduate students say college is more expensive than they originally planned, says a poll from Barnes and Nobles.[4] Even though 73 percent say they planned how they were going to pay for school.

Nearly all Americans (90 percent) who have student loan debt wish to find a job with a student loan repayment plan, says a study from consulting firm Oliver Wyman.[5] Something to take into consideration before you blow your first interview out of school.

Don’t let student debt hold you back! Talk to a student loan debt professional that can help you pay off your debt faster, with lower monthly payments.

How much can recent college graduates expect to make?

Here’s the breakdown of how employers planned to pay college graduates in 2018, according to the CareerBuilder survey…

The amount earning over $50,000 decreased from last year’s 39 percent. However, 2 percent fewer employers said that they would offer college graduates less than $30,000 from the year before – and the number of employers who said they would offer $40,000-$50,000 increased by 4 percent.

“There is a need for more soft skills training, both in college and on the job, and today’s learners and graduates must continue to hone their skills to stay ahead,” Michael Hansen, chief executive officer of Cengage, says.[6] “The onus is on everyone – students, colleges, employers and industry partners like Cengage – to make learning more accessible, relevant and affordable.”

What jobs are bosses looking to fill?

Yes, overall hiring rates of new college grads are up higher this year, but some positions are more in-demand. According to the same 2018 CareerBuilder survey, here are what jobs bosses say they’re most looking to fill…

Not having a college degree doesn’t have to stop you from getting a well-paying job. There are plenty out there with a positive job outlook and pay of near or over $20 per hour. Here are the top 10 jobs that fit that description and their hourly pay, according to another CareerBuilder study…[7]

You often don’t need graduate school to find a job

Your college degree can help boost your pay, but you don’t always need more than one. Most jobs that are hiring don’t require a master’s degree or more.

“What employers look for is whether you have the core competencies for the job,” says Matt Ferguson, CEO of CareerBuilder.[8]

Ferguson says you can start at a lower position, earn experience, and work your way up the proverbial ladder to a higher paying position; or take your experience and skills elsewhere.

“What is great about working as assistants or in areas like customer service, sales or tech support is that you can quickly build up business acumen while acquiring key skills you can transfer to other types of roles,” Ferguson says. “These jobs are great stepping stones whether you want to move up within that occupation or follow a different career path.”

Some experts would argue that recent college grads should get at least some professional experience before jumping into graduate studies.[9] And to do so, you should get an idea of how to find a professional job.

Whether you finished college or not, you should brush up on some tips on looking for a job. Click or swipe through to see how you should go about seeking a job… 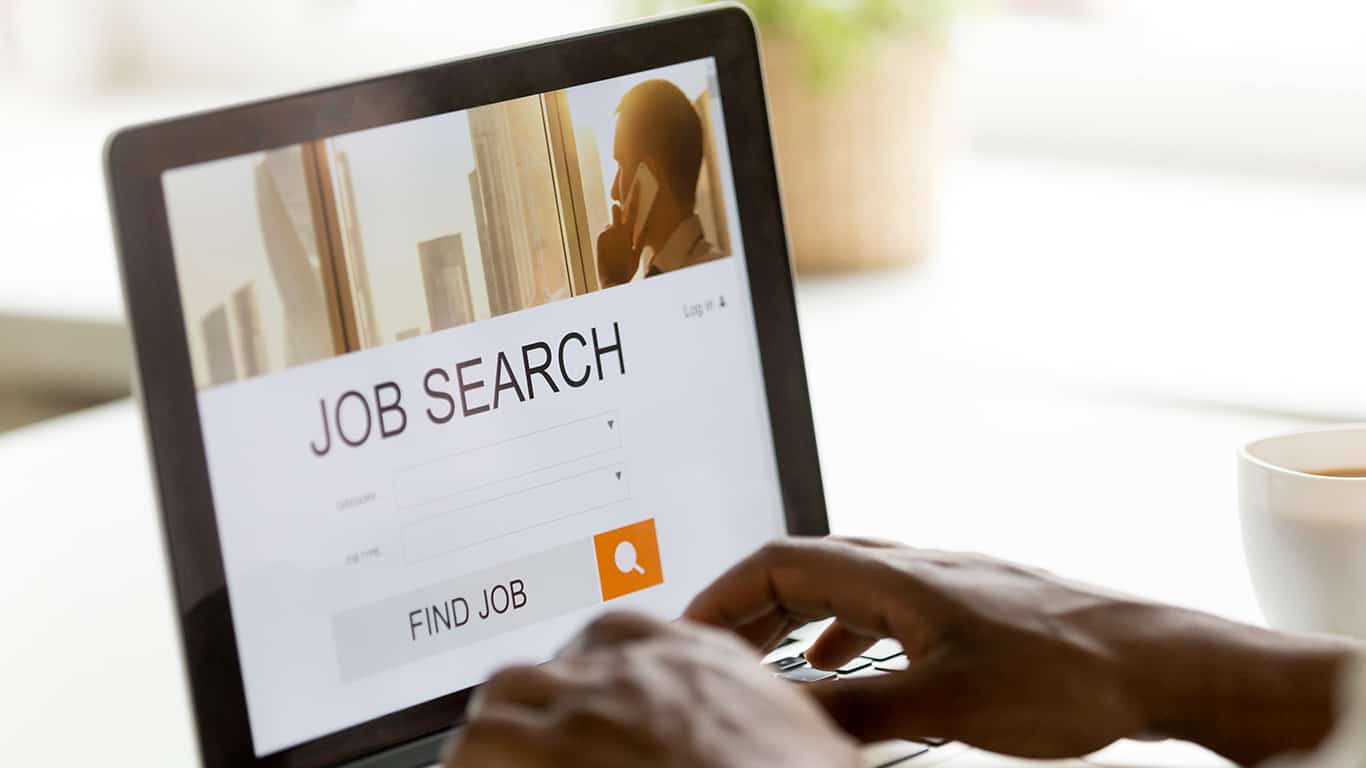 6 Things You Should Know if You’re Job Hunting

Job hunting is easily one of the worst processes ever — filled with endless interviews, waiting, and uncertainty. And that’s if the employer even bothers to get back to you.

However, as competition for workers increases, searching for a job may become a bit more bearable. A survey conducted by job-hunting site CareerBuilder highlights several things all job-seekers should know before submitting that next application... 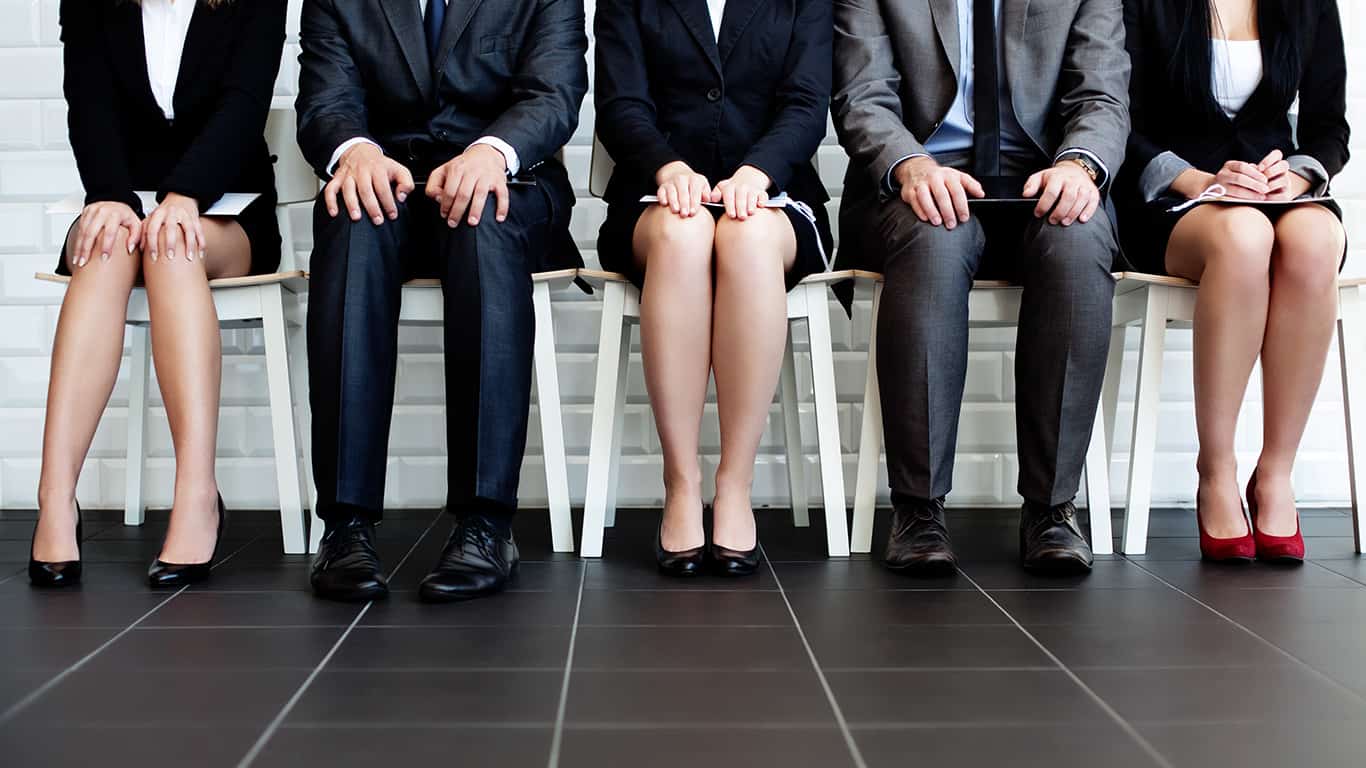 Though most people give up on a job offer after two weeks, it usually takes two months between the start of an application and a job offer. 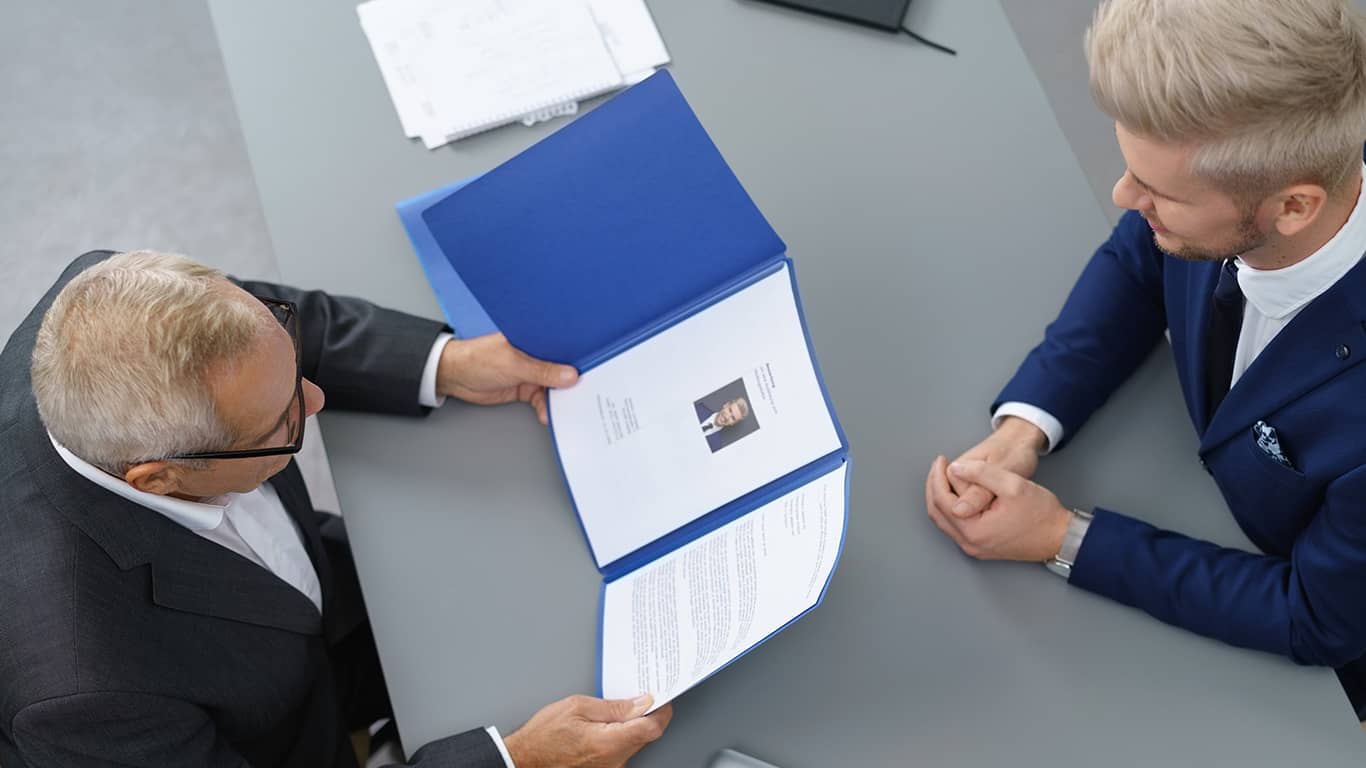 While many think the job is out of reach once they’ve been passed up once, over half (54 percent) of employers will reach out to previous applicants. Stay connected. 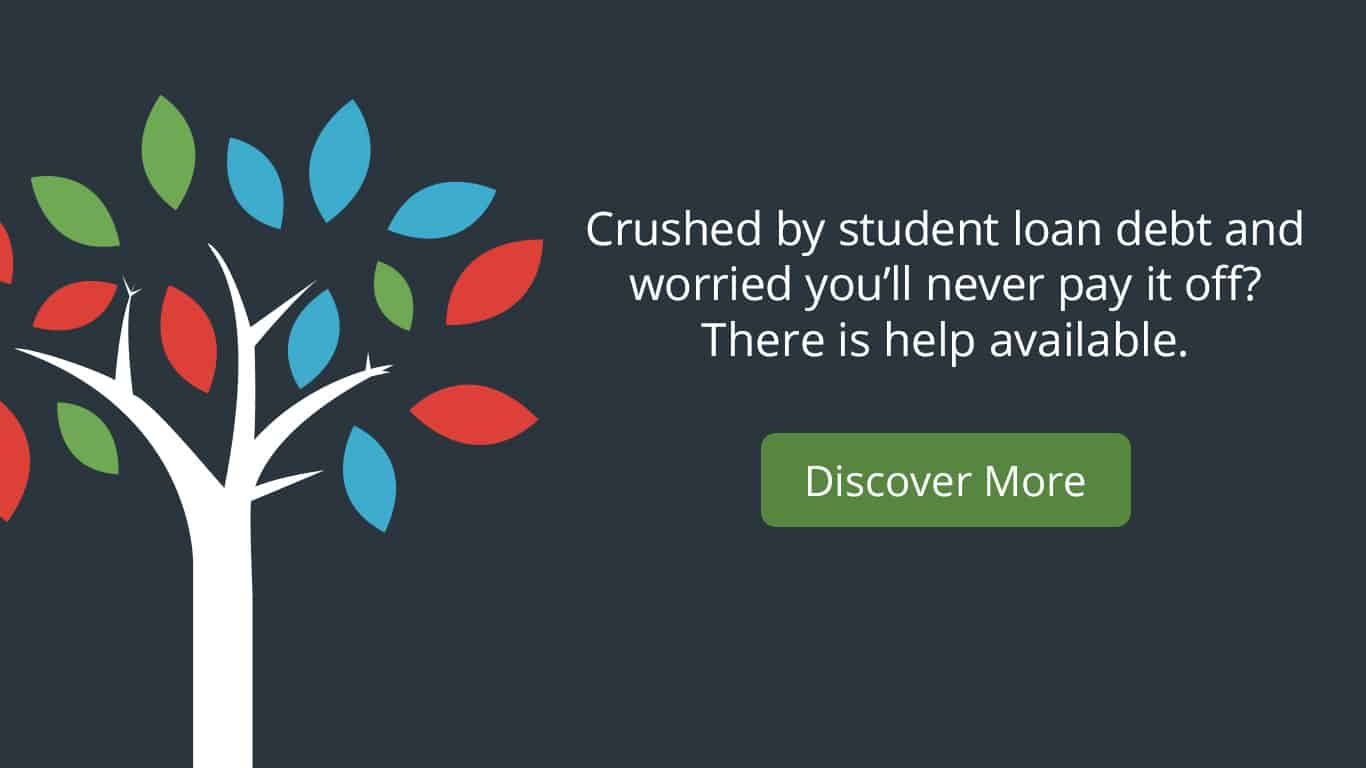 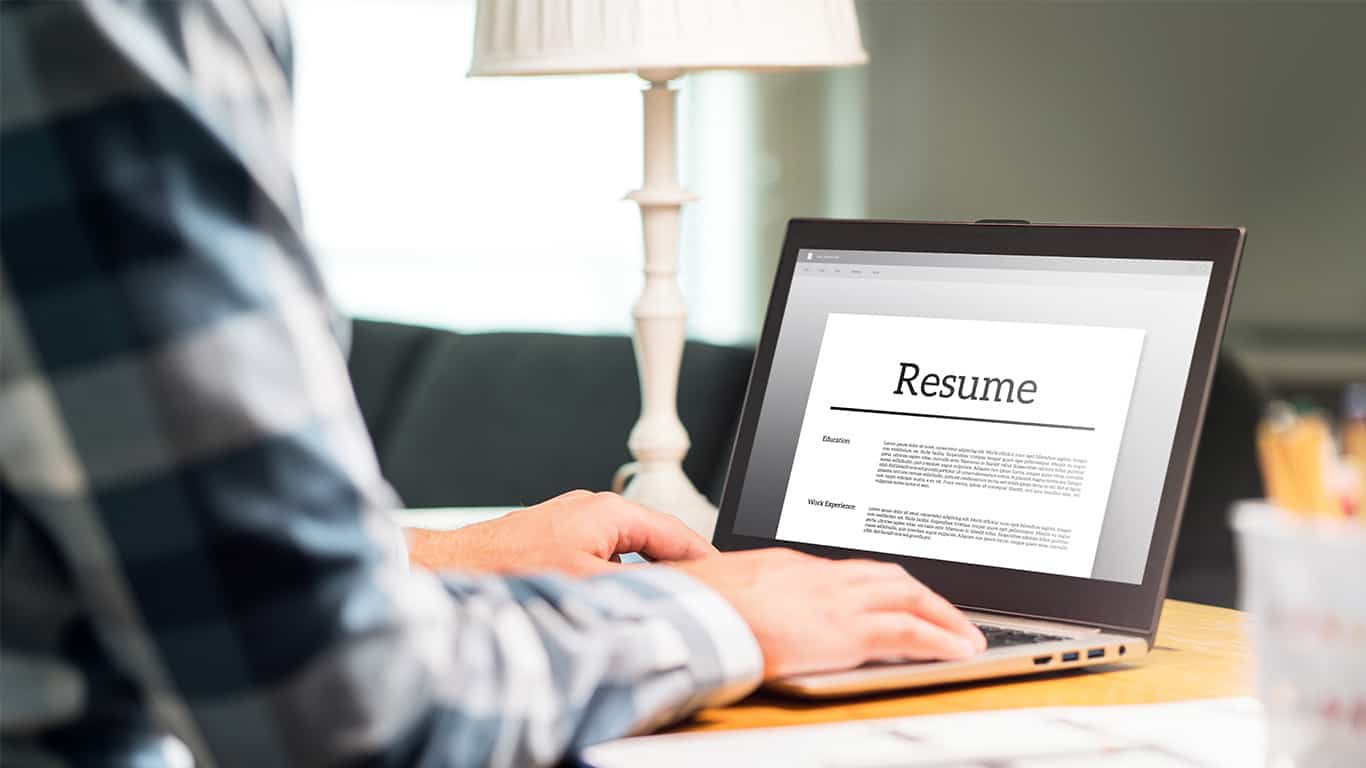 3. You’re more than your resume 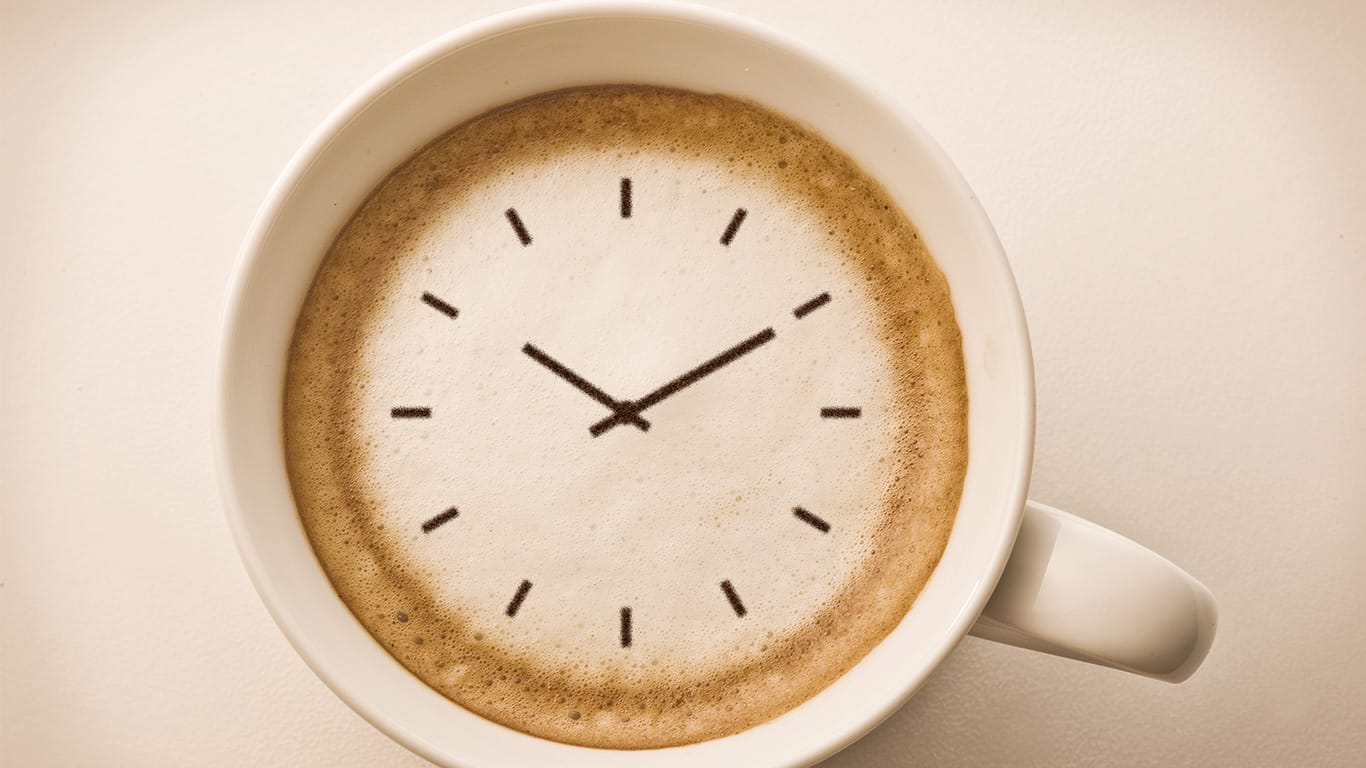 4. How much time are you putting in?

On average, those who are in search of a job put in 11 hours a week. Are you ahead of the game, up to par, or lagging behind? 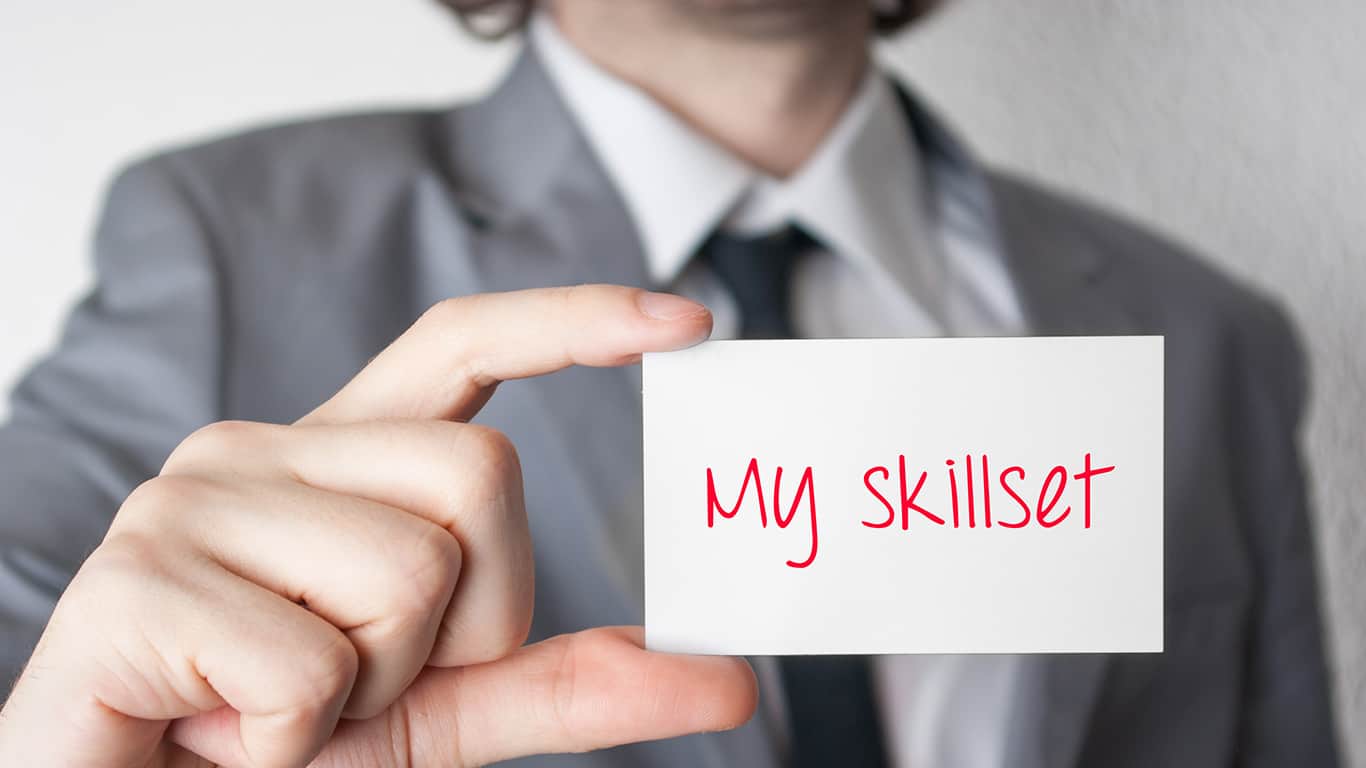 5. The skillset they want is different than you may think

A significant portion (63 percent) of employers says they’re interested in the intangible assets you bring to the table. Are you upbeat? Persistent? Dependable? If so, let them know. 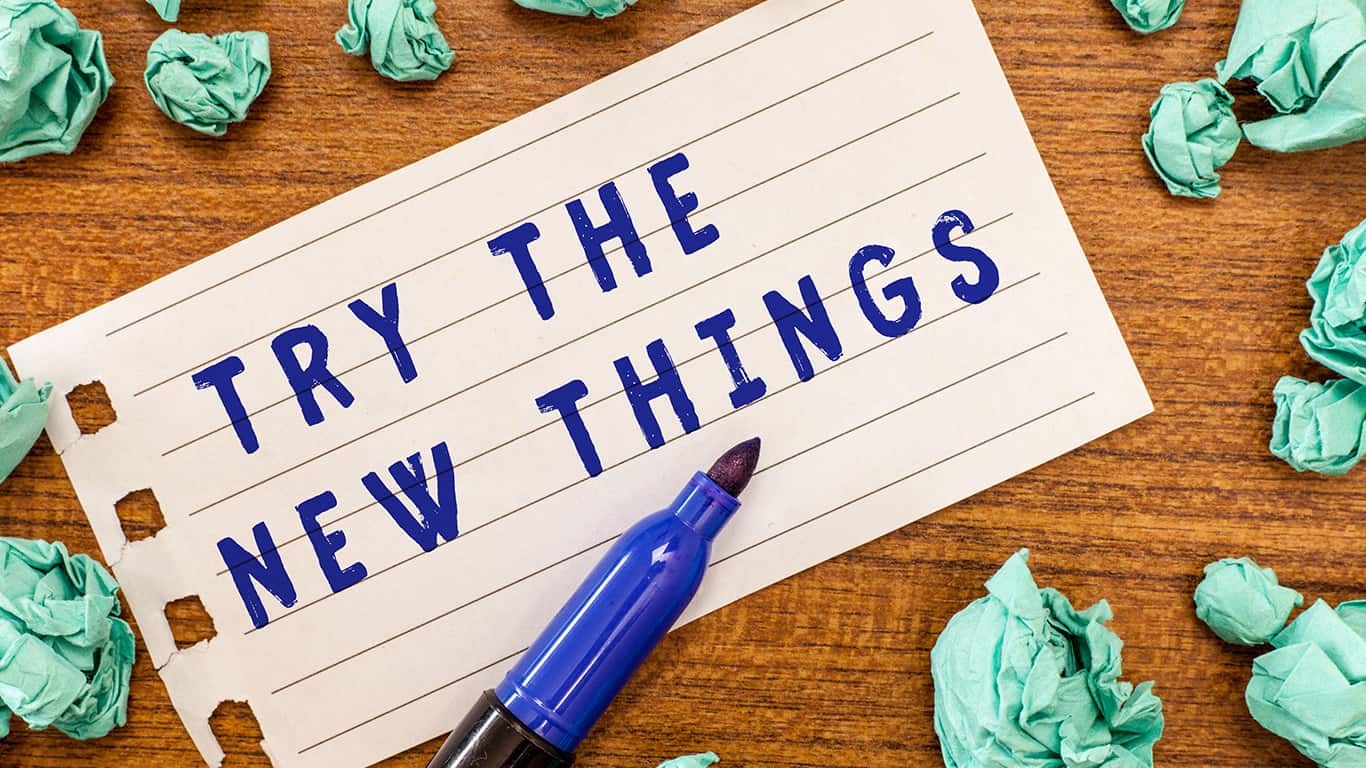 6. Be open to new things

While it may feel like a waste of your degree to pursue a job in a different field, over one in three (36 percent) employees work in unrelated careers to their major. What matters is that you’re qualified and willing to learn. 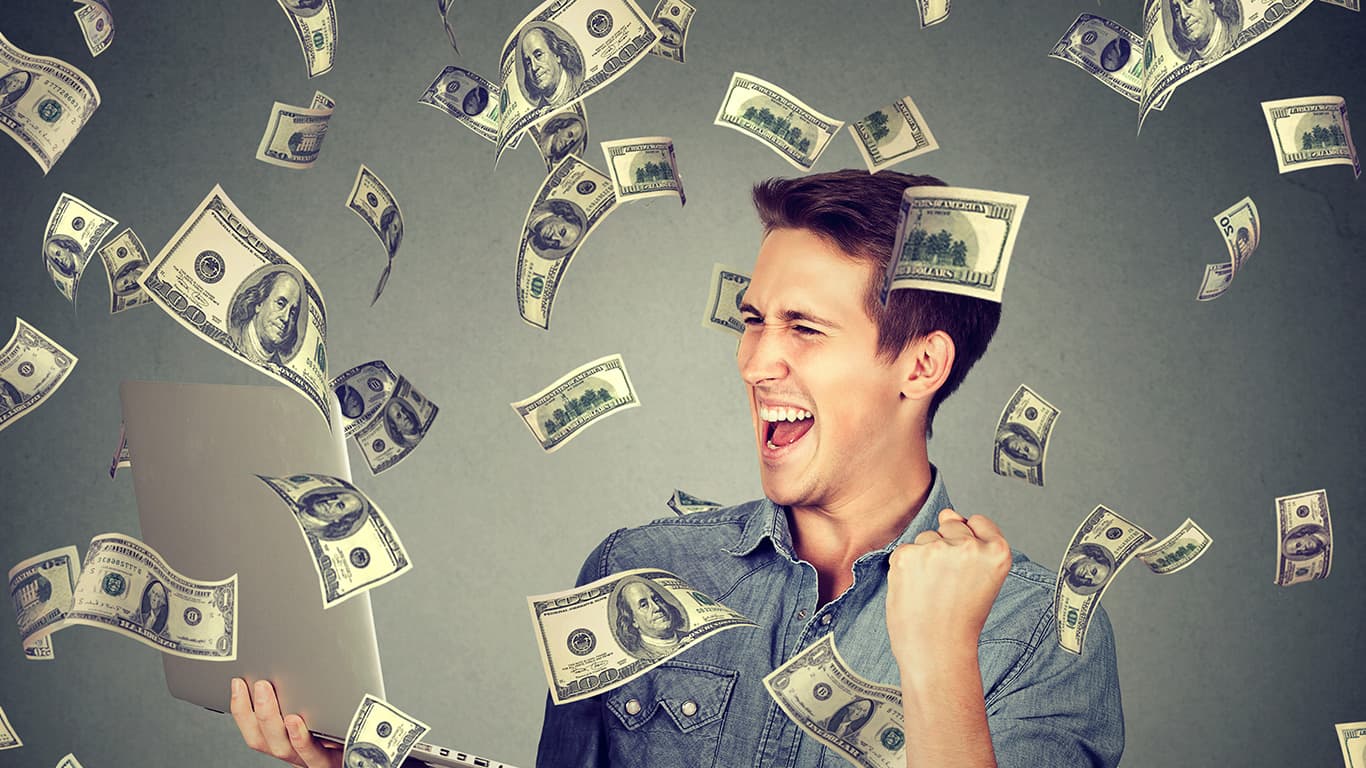 Employers are in desperate need for workers of all skill levels. Due to this high demand, two-thirds (66 percent) said they planned to start employees off at higher wages. If you think you’re worth more than their first offer, say so.

This article by Treanna Lawrence was originally published on Debt.com.

Where is the best place to look for a job?

California showed the highest rates of growth in payout of most major metropolitan cities this year. Los Angeles had a 3.8 percent wage growth compared to 2016, and the median base pay is $59,639.

Earlier this month Indeed job site released its top 25 list of best cities for U.S. job seekers.[10] Sun Belt states like California, Florida, and Texas had the strongest presence on the list.

“The Sun belt continues to be a region of high-growth and opportunity as companies and workers alike have moved toward strong markets,” says Paul D’Arcy, an Indeed VP. “We have seen a migration trend where people are moving away from cold places looking to live in warm climate, so it is no surprise that we are seeing companies providing more job opportunities in Sun Belt cities like Miami, Austin, and San Diego.” 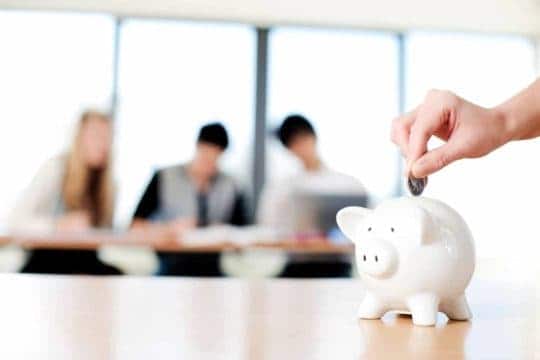 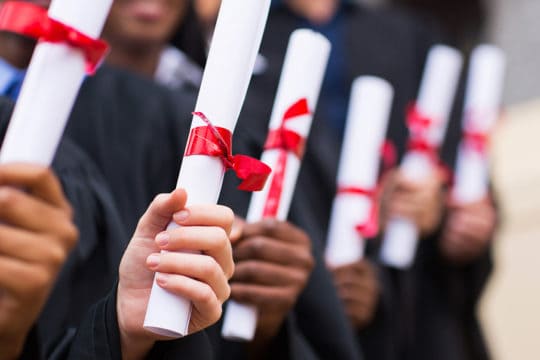 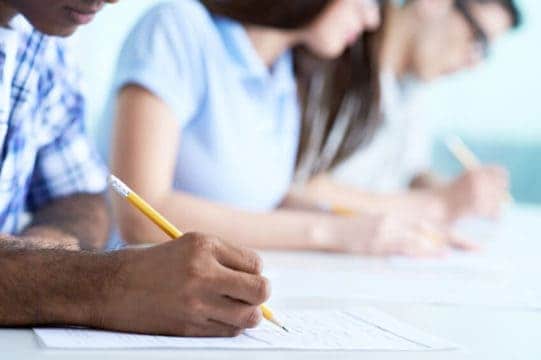 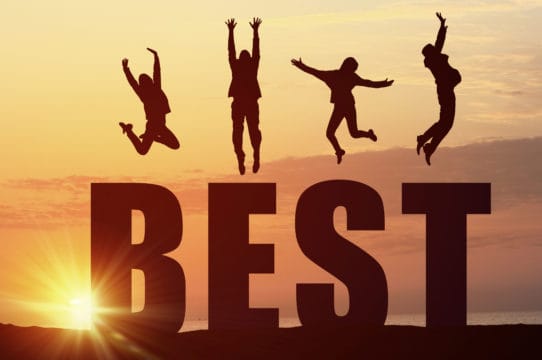 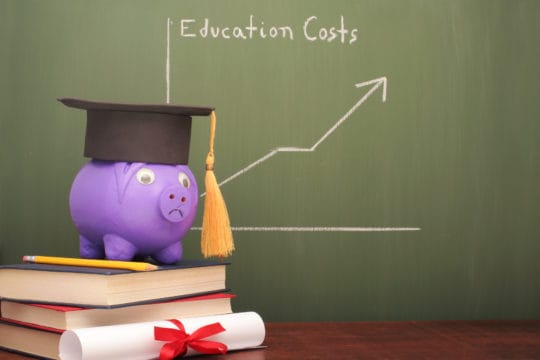 Students Question the Value of a College Education 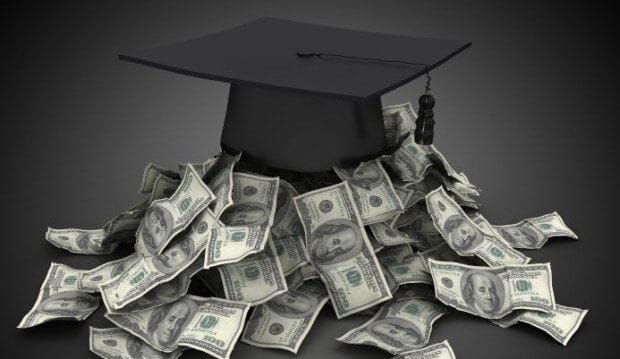 5 Really Dumb Reasons Why You Didn't Get That Scholarship