Debt.com » News » Dvorkin On Debt: What Do These Numbers Mean?

Dvorkin On Debt: What Do These Numbers Mean?

Back to topDebt.com has a Friday feature called By The Numbers. It’s compiled by our editors and consists of four randomly weird facts they’ve stumbled across each week while researching the finance-related information we post every day.

The feature has become quite popular on social media, so today I’ll pay homage with a much less strange set of random facts that recently got me thinking…

1. Unsafe at any speed

On the heels of the worst data breach so far comes this disturbing news from a company called Echoworx:

My opinion: Usually, big numbers are scary. When Equifax exposed the personal data of 150 million Americans, the sheer size of that breach alarmed the nation. Now I’m blown away by these tiny numbers. Americans are spending mere seconds to make decisions that could ruin their lives for months and even years. Stopping identity theft goes both ways: The companies and the customers.

2. The rich get more diverse

Yes, the rich are indeed getting richer. That’s a good thing, in one respect: Rich “multicultural households” rose to 22 percent last year, compared to 16 percent in 2010.

What’s “affluent”? According to a company called Packaged Facts, it’s household income about $250,000.

My opinion: We talk a lot about diversity in this country, but not much about wealth and diversity. If we can create more millionaires with diverse backgrounds, that will only benefit the rest of the country. Genetic diversity is known to protect a population from disease, and wealth diversity can protect this country from economic downturns.

Much has been made about the “gig economy.” Debt.com has even offered advice Making Extra Money in the Gig Economy. Recently, a company called Report Linker polled more than 1,000 employees and found 26 percent “would consider exiting the traditional workplace to work as a freelancer or independent contractor.”

Even more significantly, nearly 17 percent “say they would be willing to take the leap within the next three years. This suggests there could be a quiet revolution underway.”

My opinion: Working for yourself is an American tradition that should be encouraged, but too often after the recession, it became the only option. Given the state of healthcare today, it’s almost impossible to raise a family if you don’t have benefits provided by an employer. So I worry about that 17 percent and hope they’ll pause to consider the financial implications.

How do you feel when you score a deal? In a recent poll by poll by Hawk Incentives, “40 percent said they feel smart when they can find the best deals.”

That might be why “86 percent of respondents reporting annual household earnings of $200,000 or more said that they look for deals.” Feeling smart is addictive.

My opinion: When we tell you children not to do drugs, we know that’s not enough. Why? Because drugs make you feel good — for a little while, until they exact a steep toll. Overspending is like a drug.

Share352
Tweet
Share15
Pin
The views and opinions expressed in this article are those of the author(s) and do not necessarily reflect the opinions and/or policies of Debt.com.

America Saves Week: How To Save Money AND Time 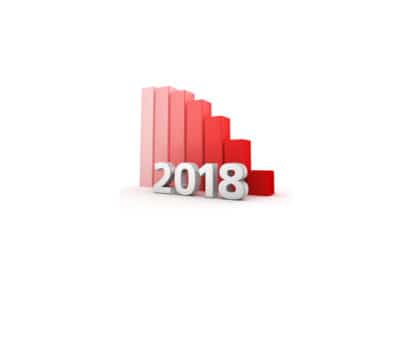 Ringing In The New Year With Recession 2018?
All website interactions and phone calls are recorded for compliance and quality assurance purposes. We use cookies to collect and analyze information on site performance and usage, and to enhance and customize content and advertisement. You may refuse to accept browser cookies by activating the appropriate setting on your browser. However, if you select this setting you may be unable to access certain parts of our Website. Unless you have adjusted your browser setting so that it will refuse cookies, and by continuing to use our website, you agree that our system will issue cookies when you direct your browser to our Website.
X
Manage consent